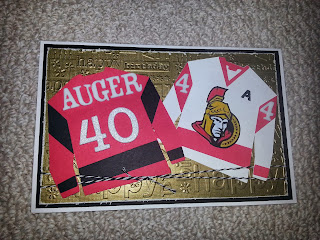 I just turned 40 yesterday (Sunday, October 6th).  This past weekend has probably been the best weekend EVER!!!! ;)

Who knew turning 40 would be so fantastic!!!

Instead of writing an extra long post about the entire weekend - I will be dividing it in to two parts. (see part deux)

It all started on Friday morning when I asked for a song to be played on Majic 100 for my birthday.  Well, not only did they play my song (Girls just wanna have fun), but Stuntman Stu, also gave me a pretty fantastic shoutout!!!

I'd have it on here - but I haven't yet asked permission ;)

I was actually blushing while sitting at my desk and listening to them.  It was really great.  They made me feel like I was a great friend of theirs.  Thank you Stu, Angie, Trish and Dean.

I really did enjoy my song and was almost late to a meeting because I refused to leave before I heard the whole thing :)

That day, I started to get suspicious of my family.  I figured out that instead of my birthday fondue, they were going to be throwing me a 40th birthday party with my grandparents, aunts, uncles and cousins.

It wasn't anything they did wrong though, I'm just a very suspicious person by nature so I started putting the pieces of the puzzle together....maybe I should have been a detective ;)

Well, I played along cause I didn't want to ruin the surprise early, but I did mention it to my co-workers during the day.

On Saturday, I went shopping with my best friend before heading to my sister's place for the rest of the day.

Yes - all their cars were parked around my sister's house so really, I would have figured it out before anyway ;).

As I walked through the door, the first thing I saw was a ton of shoes in the entrance and then I walked in and my family was there and they yelled surprise.  It was really great.

I'm so lucky that they would all take the time to come out for me.  I really did appreciate seeing all of them there.  It wasn't all of them - but most of them were able to make it.

Gift cards and cash were the gift of choice.  This is good since I'm going to Disney World in April and I need to pay for the trip somehow :)

My favorite card though is pictured above.  My cousin Chantal had it made for me.  Can you guess why I love it so much??   On the inside is a sticker of Chris Phillips.  My family knows me so well...and so do others as you will learn in my next post.

My mother made the cake with my grandmother's icing on it.  It will always be my favorite icing.  I just wish my grandmother would have still been with us.

To end the night, we watched the Sens / Leafs game.  Even though the outcome wasn't what I would have liked it to be, I still had a fantastic time.

Thank you to my family and my friend Charlie for making my 'surprise' birthday party so much fun.

Little did I know that the next day would be so eventful.