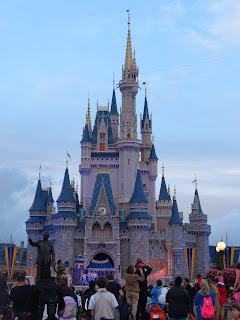 Walt Disney World.  Those words make me so happy!!  I've been there three times already and I'm going back in April to celebrate my 40th bday with my bestie.  :)  It's going to be so much fun.

The first time I went, I was 16 or 17.  It was with my sisters, parents as well as my aunt, uncle, cousin and grandmother.  It was a fantastic time.  I just remember being in awe of actually being AT Disney World.  My grandmother went on most of the rides with us...SO. MUCH. FUN!! :)

The second time I went was pretty much an unplanned trip.  My friend and I went to watch the July NASCAR race in Daytona and decided to go and join up with friends of hers at Disney World for a few days.  It had changed so much in the 18 ish years I'd last been.  More parks and more fun.  I walked through the gates and was instantly turned into a child again.  Wanted to stay longer... :)

There was lots of time spent in line waiting to meet various characters as well as going to character meals...which I must say are FANTASTIC for kids.  Those actors are great.  If you ever get the chance...do it.  You won't regret it.  The trip was probably the best family trip I've ever been on.   Not sure how it will ever be topped :).

If ever you want hints on going there with small children, we learned so much.

This time though, it will be just 2 adults being able to do whatever we want.  I can't wait.  Pretty sure we won't be doing any autograph seeking Hehehe.

We started planning the trip on Sunday and reading my Disney books just makes me wish April was here already.

We will likely go to Universal Studios and one of the Disney water parks also.

I'd like to know from all of you readers...if you've been there;  What's you favorite part of Disney World or Universal Studios.  What do you consider MUSTS as far as rides, shows or experiences surrounding those parks.

If you haven't been, WHY NOT???  ;)  What are you most looking forward to doing there if you ever plan on going? 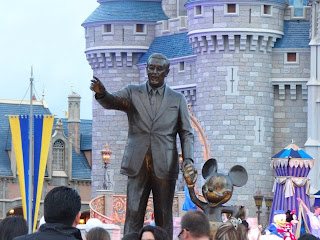